Dark Shadows: Inside the Secret World of Kazakhstan (Hardcover) 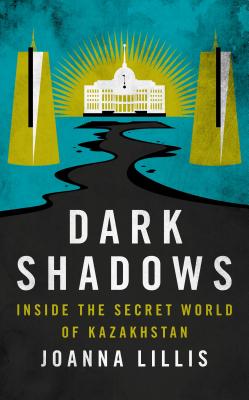 Dark Shadows is a compelling portrait of Kazakhstan, a country that is little known in the West. Strategically located in the heart of Central Asia, sandwiched between Vladimir Putin's Russia - its former colonial ruler which sees Kazakhstan as its own backyard - and Xi Jinping's China - the rising global superpower on its eastern borders - this vast oil-rich state is carving out its place in the world as it contends with its own complex past and present. Journalist Joanna Lillis paints a vibrant picture of this emerging nation through vivid reportage based on 13 years of on-the-ground coverage, and travels across the length and breadth of this enigmatic country that lies along the ancient Silk Road and at the geopolitical and cultural crossroads where East meets West.

Featuring tales of murder and abduction, intrigue and betrayal, extortion and corruption, this book explores how a vainglorious president, Nursultan Nazarbayev, transformed himself into a potentate and the economically struggling state he inherited at the fall of the USSR into a swaggering oil-rich twenty-first-century monocracy. A colourful cast of characters brings the politics to life: from strutting oligarch to psychotic presidential son-in-law, from principled politicians to striking oilmen, from crusading journalists to courageous campaigners.

Dark Shadows explores how Kazakhstan grapples with its Russian imperial and Soviet past, with survivor testimony recounting a dramatic history of revolution and war, famine and flight, terror and trauma that left the Kazakhs battling for their very survival as a people. One elderly lady recounts her forced march to China to escape famine as a child; another tells of her deportation to Central Asia as a newborn; a third recalls how Stalin's Terror despatched her grandfather to the firing squad and her grandmother to the Gulag. There are heartrending stories about life in post-Soviet environmental disaster zones: victims of nuclear testing around the site where the USSR exploded its first atomic bomb; fishermen left stranded in the desert as the Aral Sea shrinks; villagers in the snow-bound north afflicted by a mysterious sleeping sickness. There are quirky snapshots of life in far-flung corners of Kazakhstan, from the Russian Old Believers harbouring 500-year-old grievances to the maverick atheist who refuses to back down in a clash of principles with the state. There are inspirational tales of labours of love: from the nuclear-physicist-turned-ostrich-farmer tending his brood of gangling bipeds on the southern plains to the minister-turned-viticulturalist reinventing a dilapidated Soviet collective farm as a boutique winery.

Joanna Lillis is a Kazakhstan-based journalist reporting on Central Asia whose work has featured in the Guardian, The Economist and the Independent newspapers, the Eurasianet website and Foreign Policy and POLITICO magazines. Prior to settling in Kazakhstan in 2005, she lived in Russia and Uzbekistan between 1995 and 2005, and worked for BBC Monitoring, the BBC World Service's global media tracking service. While completing a BA in Modern Languages at the University of Leeds, she studied Russian in the Soviet republics of Belorussia and Ukraine before the collapse of the USSR, and has an MA in Interpreting and Translation from the University of Bradford.