The History of the Bakerloo Line (Paperback) 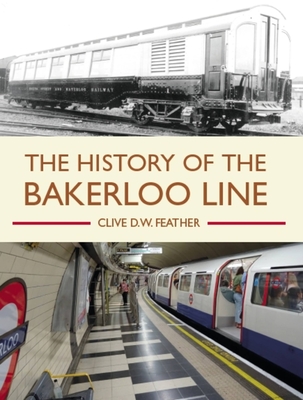 The Bakerloo is the dull brown line on London's iconic tube map. It doesn't have the multiple branches of the Northern or District Lines, the loops of the Piccadilly or the Central, or the puzzling shape of the non-circular Circle. But its nondescript appearance belies a history encompassing fraud in the boardroom and drama in the courtroom for a line first conceived by sports enthusiasts and finished by Chicago gangsters.

With over 120 photographs, The History of the Bakerloo Line provides a history of its development from obtaining Parliamentary permission and raising finance through to geology and construction techniques. It details its operation, including rolling stock, signalling, stations and signage from the beginning to the current day.

The impact of the two World Wars is revealed and it remembers some of the accidents and tragedies that befell the line. Finally, the book describes its evolution up to the present day and beyond.

Clive Feather can't remember not being interested in railways and the London Underground in particular. As a child he often traveled on the Bakerloo and Metropolitan Lines to Watford, where his grandparents lived. By the age of 8, he had memorized the complete Underground map (though these days he's a bit rusty about some of the outer stations). He has been running the Clive's Underground Line Guides web site for more than 20 years (www.davros.org/rail/culg/). The History of the Bakerloo Line is his first book.