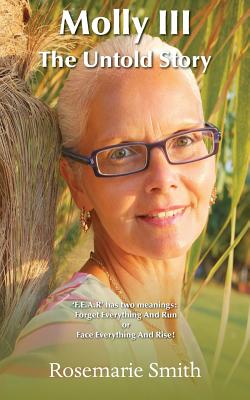 This is book number 3 in the Molly series.

Rosemarie Smith has written her autobiography in three parts; Little Molly, Molly II: Am I who I should be? and Molly III: The Untold Story.

Having suffered, child abuse she reached a point where she had totally given up on life and felt that the long hard battle to survive just wasn't worth the pain anymore. In Molly III she gives a true account of what it was like suffering severe physical and mental abuse as a child and then to go on suffering throughout most of her life.

Just as she had given up on society and every Government body, came a massive break-through and as a result of that, on July 12th 2017, a judge ruled 'life in prison' for her childhood abuser and said, "Rosemarie Smith's statement of facts was 'so compelling....' he believed abuser, John Wass had committed every single sexual and indecent act that his victims had given evidence on