I Tried to Run a Railway (Paperback) 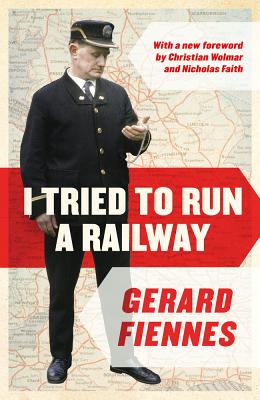 This is the notorious book that got Gerard Fiennes sacked from British Railways while he was Chairman and General Manager of the Eastern Region in 1968. Fiennes became a railwayman by accident, joining the L.N.E.R as a Traffic Apprentice in 1928. Over the next four decades he worked himself up to the top of the management tree, experiencing all facets of railway life—steam through diesel to electrification—on his way to the top. When he got there, he knew the service was ripe for a revolution . . . and he believed he was the man to lead it. But of course, it was the wrong time for a manager who thought that railways could be a success—Dr. Beeching was sharpening his axe and unprofitable lines were closed rather than turned round. After being resisted, circumvented, delayed, and blocked, G. F. Fiennes ran out of patience and put pen to paper and ran his career into the buffers as he told the story of what happens when non-railwaymen tried to run the railway.

Gerry Fiennes was a railway manager, publisher, and author. An Oxford graduate, Fiennes spent 40 years working on the railways and wrote extensively on them after his career. He was made mayor of Aldeburgh, Suffolk in 1978 and died in 1985.