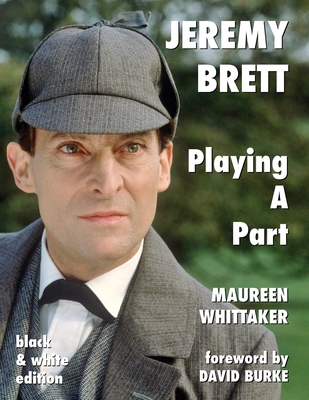 Covering a forty year period from first leaving Central School of Speech and Drama until his early death at the age of 61, Playing a Part is a full career book of "a very fine actor" who would delight audiences as a sensitive lover or as a haunted murderer. Talented, loved and admired by the theatrical world at the birth of the National Theatre led by Laurence Olivier, Robert Stephens and Maggie Smith. Beginning and ending his career in Manchester he would transfer his talents to the American culture of the 70s as he settled into his new life with his American wife but was enticed back with some of the best classical roles for television and the stage.

Jeremy's own words are used whenever they are available to present his story and his approach to playing the parts. His unfailing enthusiasm for a new project and the degree of commitment comes through.

Illustrated with original photographs covering his life and career it is the first detailed record of all his performances on the stage, film or television.

(This is the black and white paperback version - a colour hardcover version is also available).