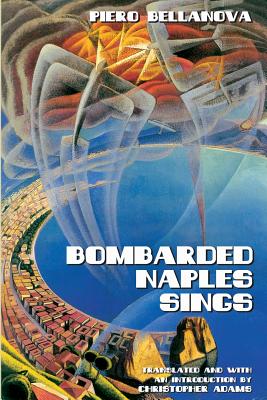 The final volume to appear under the movement's illustrious 'Edizioni Futuriste di "Poesia"' imprint, it was a product of Futurism's concluding (and undoubtedly

least studied) phase, extending from Italy's entry into World War Two in 1940 to the death of the movement's leader, F. T. Marinetti, four years later. First published in August 1943 - between the fall of Mussolini's Fascist regime in July, and the invasion of the Italian mainland by Allied troops that September - it has been seen as an attempt "to construct an epic of everyday life by means of a first-hand account of the war". However, the ultimate purpose of this frequently moving work would appear to have been of a consolatory, 'spiritual' nature, offering a means by which Bellanova and his readers might, if only temporarily, "escape the terrible devastation of our adored Italy through Art".

With its elegiac tone and precise, vividly imagistic language, 'Bombarded Naples Sings' challenges stereotypical notions as to the grandiloquent, florid and aggressive nature of late Futurist poetry - typically characterized as little more than crude propaganda - addressing such themes as love, friendship and the beauty of the natural world, in addition to exploring more familiar aspects of the movement's 'machine aesthetic'.