Second Marriage in the Catholic Church: 'Annulment' and other Solutions (Paperback) 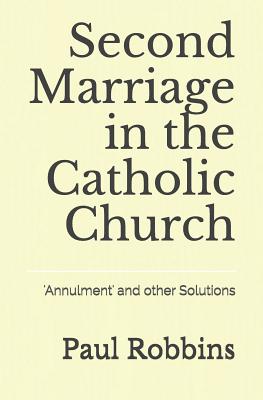 Jesus said of marriage: "What God has united, no one can divide". The Catholic Church interprets this to mean that remarriage is possible only after the death of the first spouse. So, it presumes that every wedding produces a marriage in which the spouses were united by God. However, the Church also recognises the possibility that a marriage that ended prematurely was not actually a true marriage; that there may have been a flaw of such magnitude that a valid marriage was not formed. When this can be proved, which is more often than most people would imagine, an 'annulment' can be granted and so the way opened to second marriage. How does the concept of marriage nullity reconcile with the teaching of Jesus? What are the grounds for nullity, what do they mean and in what circumstances might they be proved? How does a person obtain an 'annulment'? What does it mean for the status of children of the marriage? How much does it cost? Are there other ways of being able to remarry in the Church without obtaining an 'annulment'? What if an 'annulment' is not possible, for whatever reason? Does remarriage in such circumstances mean alienation from the sacraments, from the Church, even from God? The author is a canon lawyer who has worked in the field of marriage nullity within the Church for over thirty years. He has examined the details of thousands of marriages that ended in divorce. He uses that experience to guide the reader through the concept of marriage nullity, the grounds and the procedures for obtaining an 'annulment', including changes made by Pope Francis in 2015, and the other formal solutions that the Church offers to those who might want a second marriage. He also offers reflections about the 'internal forum solution' for those in a second marriage who cannot obtain an 'annulment'.