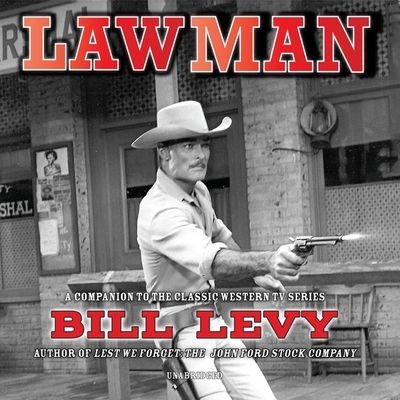 The Warner Bros. western series Lawman starring John Russell, Peter Brown, and Peggie Castle originally broadcast on ABC-TV airing 156 new episodes between September 1958 and June 1962. As played by steel-eyed John Russell, Dan Troop is a no-nonsense marshal who has little patience for outlaws or hypocrites but will stand up for underdogs and outsiders. He also displays a warmer side with his mentoring of his young deputy (Peter Brown) and, beginning in the second season, in his relationship with Peggie Castle's beautiful Lily Merrill.

Lawman: A Companion to the Classic TV Western Series, the first book to focus fully on this show, refamiliarizes veteran viewers and introduces new fans to this exceptional television western and its three-dimensional leads. It features a foreword by Will "Sugarfoot" Hutchins, a discussion of why Lawman stands out from other television westerns, a history of its creation, episode summary capsules, and a "Recollections" chapter with recent interviews of Lawman alumni.