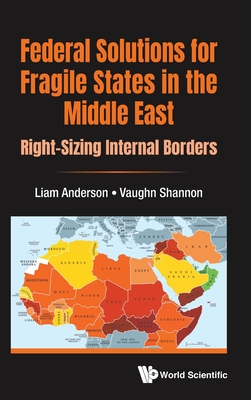 In most regions of the world, federalism (territorial autonomy) is used as a successful institutional means of dispersing political power and accommodating ethnic, religious, and cultural diversity. The Middle East is an exception. Aside from the anomalous case of the U.A.E and Iraq's troubled experiment with federalism, Middle Eastern regimes have largely resisted efforts to decentralize political power. As a result, the norm in the region has been highly centralized, unitary systems that have, more often than not, paved the way for authoritarian rule or played witness to serious internal fragmentation and conflict divided along ethnic or religious lines.Federal Solutions for Fragile States in the Middle East makes an argument for the implementation of federalism in the post-conflict states of the Middle East. The argument operates on two levels: the theoretical and the practical. The theoretical case for federalism is backed by empirical evidence, but to accurately evaluate the practical and logistical feasibility of its implementation in any given case requires detailed knowledge of 'real world' political realities. The book's focus is on four post-conflict states -- Iraq, Syria, Yemen, and Libya -- though the arguments advanced within have broad regional applicability.