The Art of Psychological Warfare: The Complete Guide to Mental Toughness and Mind Control. Learn More about the Machiavelli Mindset and Self-Disciplin (Paperback) 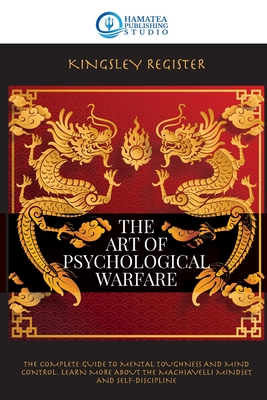 Do you want to understand what psychological warfare is? If yes, then keep reading

Philosophers have long debated the different realms of the mind. Since ancient times, thinkers have discussed and written about the different parts of the psyche; there are the parts that are dedicated to loving, to thinking about material things, to armistices, to combat. However, to talk about the subconscious, we must speak of Freud. Sigmund Freud was one of the most important psychologists and philosophers in the history of mankind. He lived around the turn of the 19th century, and it was the one who developed the concept of psychoanalysis.

- What is psychological warfare?

- War is based on deception - principles of Sun Tzu

- Why Genghis Khan is a military genius

- Do whatever is needed - Machiavellian lessons

- The power potential within you

Psychoanalysis is a method of uncovering unconscious material through various methods of applied therapy. By sitting on a couch and talking about whatever arose in the person's mind, Freud would be able to analyze that person's life and unconscious motives. Freud believed that people are driven by deep, instinctual, sexually centered drives. He believed that our animal nature was a considerable part of our psyche and that what we presented to the world was only a small part of the equation.

Want to know more about this book? Buy now