Missile Commander: A Journey to the Top of an Arcade Classic (Hardcover) 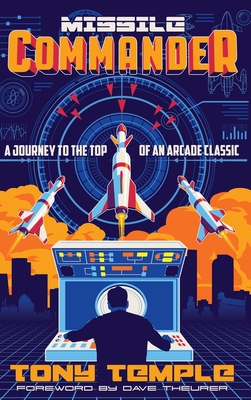 One player. Three fire buttons. One Trak-Ball. A world that needs saving - one coin at a time.

Missile Commander is a memoir of one player's forty-year journey with Atari's legendary arcade title, Missile Command, which takes him from a run-down caf as a teenager weighed down with fears of nuclear Armageddon, to finally being crowned the best player in the world by Guinness World Records. Along the way, he encounters game-changing bugs, paranoid rivals, private detectives, endless controversy and finally, a meeting with the very man who created the game.

Read the story of how this iconic game was developed, from initial concept to its domination of the arcades in the early 80s, through the eyes of the team at Atari who made it happen. Released on the fortieth anniversary of the game's release, Missile Commander is filled with many unseen pictures and previously unreleased detail about this arcade classic. This was a game that would haunt its programmer and the people who played it, setting the scene for what is now a multi-billion-dollar industry.

Missile Commander: A Journey to the Top of an Arcade Classic is a detailed celebration of one of Atari's best known video games.