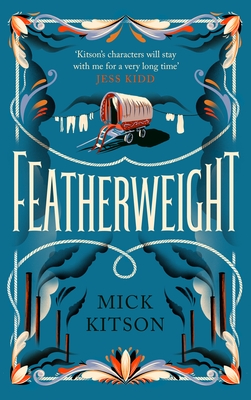 Annie Perry is born beside the coal-muddied canals of the Black Country, at the height of the industrial revolution. The youngest in a large Romani family who cannot afford to keep her, when she is eight years old Annie is sold as a servant to the famous and feared bare-knuckle boxer Bill Perry, The Tipton Slasher.

Bill is starting to lose his strength, but refuses to give up his crown. When it looks like a fight might become Bill's last, Annie steps into the ring, fists raised in his defence. From that moment she is determined to train and follow in Bill's footsteps, to learn to fight for herself. But Annie has been doing this all along. A whole new world opens up for Annie, one of love, fortune, family and education, but also of danger. One wrong move, one misstep, and the course of her life will be changed forever.

Mick Kitson was born in South Wales, and studied English at university before launching the prolific 80s pop band, The Senators, with his brother Jim. He worked as a journalist for several years, then went on to become an English teacher. His debut novel, Sal, was the winner of the Saltire First Book Award. Mick lives in Fife, Scotland.