The Prisoner: A Memoir (Abridged / Hardcover) 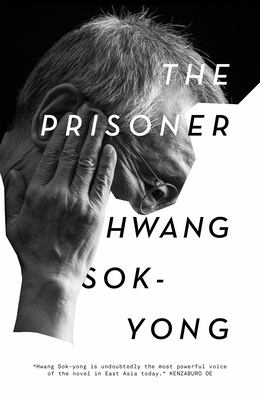 A sweeping account of imprisonment--in time, in language, and in a divided country--from Korea's most acclaimed novelist

In 1993, writer and democracy activist Hwang Sok-yong was sentenced to five years in the Seoul Detention Center upon his return to South Korea from North Korea, the country he had fled with his family as a child at the start of the Korean War. Already a dissident writer well-known for his part in the democracy movement of the 1980s, Hwang's imprisonment forced him to consider the many prisons to which he was subject--of thought, of writing, of Cold War nations, of the heart.

In this capacious memoir, Hwang moves between his imprisonment and his life--as a boy in Pyongyang, as a young activist protesting South Korea's military dictatorships, as a soldier in the Vietnam War, as a dissident writer first traveling abroad--and in so doing, narrates the dramatic revolutions and transformations of one life and of Korean society during the twentieth century.

Hwang Sok-yong is the recipient of the highest literary prizes in Korea and across Europe. His writing, exploring the troubled history of a violently divided Korea, has achieved international acclaim, and his status as as an imprisoned, exiled, and dissident author has been championed by World PEN. His many novels include At Dusk, Familiar Things, and The Guest.

“This sweeping, epic account is not just a memoir but rather a knowledgeable, sensitive and informed insight into Korea and its neighbours, as well as a complex, nuanced examination of the Cold War, its geopolitical consequences and its human cost. Hwang Sok-yong moves effortlessly between the personal and the political, and the geopolitical, and like his novels, his concerns are both compassionately individual and passionately global.
The Prisoner is also a literary tour de force. Written in the lyrical, elegant style, with powerful acuity and razor-sharp wit that are hallmarks of Sok-Yong’s work, it coaxes the reader to savour images, memorable events, and poignant details while also demanding a comprehensive ethical commitment to freedom, justice, and a moral universe.”
—Sunny Singh

“Hwang Sok-Yong’s photographic memory yields vitally important historic testimonies: to the trials of his imprisonment, to life in South as well as North Korea under unchecked power, to the dynamism, humanity, persistence and resilience of artists alone and together against injustice. The Prisoner is an invaluable document, a thorough and eye-opening sweep of the past. Translators Anton Hur and Sora Kim-Russell have done a remarkable job of conveying the political and emotional nuances of language in their source material, and we as grateful readers are all the better for it.”
—Khairani Barokka

“Hwang Sok-yong is Korea’s leading political novelist. His new book, The Prisoner, is every bit as riveting and deeply informed is anything he has written. The author has a political sensibility that illuminates a number of important episodes in Korea’s recent political history, with one trenchant observation after another about both the North and the South. His harrowing experience as a political prisoner under the South Korean dictatorship leaves an indelible black mark on a regime that the United States supported for 40 years, and that Hwang courageously fought every day of his life until the dictatorship finally collapsed.”
—Bruce Cumings, historian at the University of Chicago, and the author of The Korean War: A History