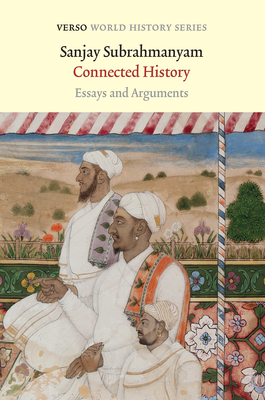 A collection of essays that span many regions and cultures, by an award-winning historian

Sanjay Subrahmanyam is becoming well known for the same sort of reasons that attach to Fernand Braudel and Carlo Ginzburg, as the proponent of a new kind of history - in his case, not longue durée or micro-history, but 'connected history': connected cross-culturally, and spanning regions, subjects and archives that are conventionally treated alone. Not a research paradigm, he insists, it is more of an oppositionswissenschaft, a way of trying to constantly break the moulds of historical objects.

The essays collected here, some quite polemical - as in the lead text on the notion of India-as-civilization, or another, assessing such a literary totem as V. S. Naipaul - illustrate the breadth of Subrahmanyam's concerns, as well as the quality of his writing. Connected History considers what, exactly, is an empire, the rise of 'the West' (less of a place than an idea or ideology, he insists), Churchill and the Great Man theory of history, the reception of world literature and the itinerary of subaltern studies, in addition to personal recollections of life and work in Delhi, Paris and Lisbon, and concluding remarks on the practice of early-modern history and the framing of historical enquiry.

Sanjay Subrahmanyam is Distinguished Professor of History at UCLA. His books include The Career and Legend of Vasco da Gama, Europe's India and Empires Between Islam and Christianity.

“The most brilliant promoter of the new history. Heretical and highly stimulating.”
—Books and Ideas

“Subrahmanyam reminds us of the need for different prisms.”
—Times Literary Supplement