Ever Closer Union?: Europe in the West (Hardcover) 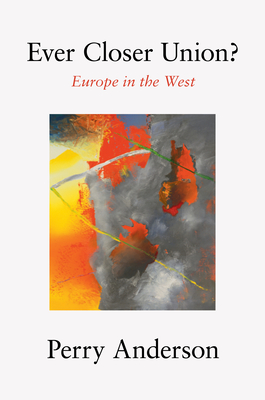 A comprehensive, critical assessment of the EU after Brexit

The European Union is a political order of peculiar stamp and continental scope, its polity of 446 million the third largest on the planet, though with famously little purchase on the conduct of its representatives. Sixty years after the founding treaty, what sort of structure has crystallised, and does the promise of ever closer union still obtain?

Against the self-image of the bloc, Perry Anderson poses the historical record of its assembly. He traces the wider arc of European history, from First World War to Eurozone crisis, the hegemony of Versailles to that of Maastricht, and casts the work of the EU’s leading contemporary analysts – both independent critics and court philosophers – in older traditions of political thought. Are there likenesses to the age of Metternich, lessons in statecraft from that of Machiavelli?

An excursus on the UK’s jarring departure from the Union considers the responses it has met with inside the country’s intelligentsia, from the contrite to the incandescent. How do Brussels and Westminster compare as constitutional forms? Differently put, which could be said to be worse?

Perry Anderson is the author of, among other books, Spectrum, Lineages of the Absolutist State, Passages from Antiquity to Feudalism, Considerations on Western Marxism, English Questions, The Origins of Postmodernity, and The New Old World. He teaches history at UCLA and is on the editorial board of New Left Review.

“One of the world’s great historians, unrivalled in his ability to master and synthesize vast historical literatures.”
—Jeet Heer, New Republic

“Perry Anderson’s Ever Closer Union? provides an elegantly savage critique of the European Union. Many of the arguments and themes may be familiar—years of rowing over Brexit will do that to an audience—but few deliver the lines with the poise of Anderson. What ultimately emerges from the pages of Ever Closer Union? is the EU not as its defenders imagine it to be, but as it really is: an oligarchic institution, built over and against the peoples of Europe.”
—Tim Black, Spiked

“Anderson’s latest book draws on his characteristic method of meticulous and staggering range of reference … His style, with its combative strain, can never be accused of being ‘dull, technical, infested with jargon’—faults he ascribes to much literature on the European Union.”
—Gordon Parsons, Morning Star

“An incisive and challenging critique of the European integration process. The book could be read for one eye-opening section alone. Witty, aphoristic and cogent.”
—European Political Science