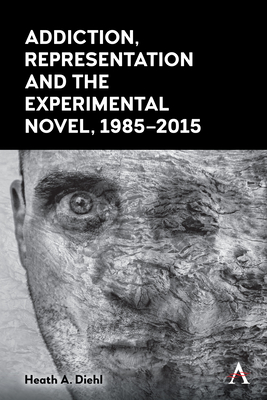 Across the past two centuries, the Western novel has propagated the narrow view of the addict as a toxic force bent on undermining the rationality, morality, and progressive spirit that have, since the Enlightenment, defined civilization in the West. Addiction, Representation undertakes an investigation into an alternative literary tradition within which the addict is neither doomed to a horrific death nor sacrificed to the Twelve Steps so that the "recovering addict" might survive. At the center of this investigation is a modest collection of contemporary novels, originally published in the thirty-year span between 1985 and 2015, that exhibits experimental narrative techniques and, in doing so, unsettles the limited portrayal of the addict that has dominated the Western realistic novel since the nineteenth century.

Examining the works of John O'Brien, Sara Gran, Paula Hawkins, Bret Easton Ellis, and Grace Krilanovich, the book argues that the ways in which readers occupy the narratives of contemporary experimental fiction can be instructive for how to live in an extra-diegetic world, where attitudes toward addicts often are as narrow, restrictive, and damaging as they historically have been expressed in the Western novel. The book concerns itself with the practices and politics of reading the experimental addiction novel, and outlines both a practice and an ethics of reading that advocates for a more compassionate response not only to fictional addicts, but also to the actual addicts whose lived experiences gave birth to the existing fiction.

Heath A. Diehl is Teaching Professor in the Department of English and Honors College at Bowling Green State University. He is the author of Wasted: Performing Addiction in America.