Seasons in the Literatures of the Medieval North (Paperback) 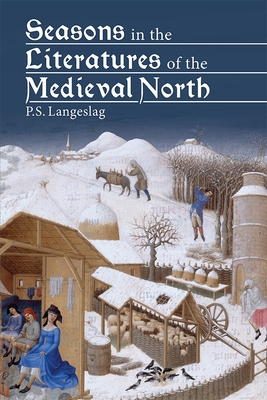 To the cultures of medieval northwestern Europe, the changing of the seasons was a material and economic reality that strongly informed the labour, travel and ritual calendars. However, while there has been much research into theinterplay between society and its physical surroundings as reflected in medieval literature, the seasonal aspect of this dynamic has hitherto been neglected.
This book analyses the narrative and psychological functionsof seasonal settings in the literatures of medieval England and Iceland from the eighth to the fourteenth century, from Beowulf to Sir Gawain and the Green Knight. Dealing with both the material realities and the figurative functions of the seasonal cycle, it interprets seasonal spaces in myth and literature as conventionalised environments, where society deals with outside threats and powers which manifest themselves in marginal landscapes.Informing its literary investigations with relevant concerns from economic history, patristic doctrine and decision theory, the volume offers a comprehensive new look at the psychology of landscape and season in medieval literature; it also brings out beliefs concerning the seasons and their connections with the supernatural. Paul S. Langeslag is a lecturer of Medieval English Studies at the University of G ttingen, Germany.