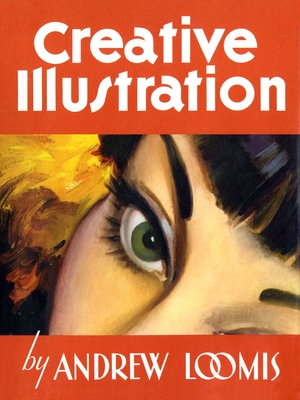 During his career as one of America's most sought-after illustrators, Andrew Loomis (1889-1959) taught at the American Academy of Art in Chicago, and in 1939 he codified his lessons in his first manual, Fun with a Pencil. Four years later it had already been through six printings, and he followed up over the next two decades with a series of even more successful how-to books that remain the gold standard for artists to this day.

Creative Illustration is considered Loomis's magnum opus, which was aimed primarily at the professional-level illustrator. Divided into seven sections: Line, Tone, Color, Telling the Story, Creating Ideas, Fields of Illustration, and Experimenting and Studies, this book is filled with instructions, tips, insider experiences, and incredible illustrations.

Andrew Loomis was born in 1892. After studying art, he moved to Chicago where he eventually opened his own studio - working in editorial and advertising for most of the top clients of the time, including Kellog's, Coca Cola, Lucky Strike and many others.

He also became renowned as an art teacher and his instructional books on illustration and art are acclaimed classics in the field. He died in 1959.

“Creative Illustration is a 300 page tome bursting at the seams with essentials of image creation and Andrew Loomis’ beautiful work, sage advice and straightforward instruction.” – Lines and Colors