Kilvert's Diary 1870-1879 - Selections from the Diary of the REV. Francis Kilvert (Paperback) 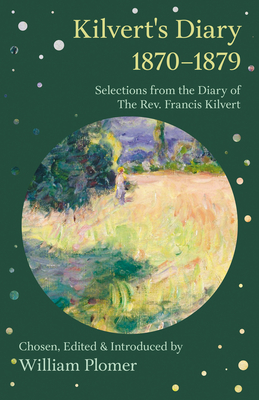 SINCE its first appearance in three volumes (1938-40) Kilvert's Diary has become established as a minor classic. Its recognized place among the very best of English diaries has been gained by special qualities. It is the work of a man with a watchful eye and a clear style: Kilvert has the uncommon gift of making one see vividly what he describes. His detailed picture of life in the English countryside in mid-Victorian times is unmatched, and every sentence he writes helps to build up a self-portrait so personal and intimate that one gets to know him like a friend. Kilvert reveals himself as an essentially modest, innocent, truthful and unworldly young man, sociable, and with a strong love of life and of landscape, with a sense of drama and a good vein of humour. His life was strongly affected by two things-his susceptibility to the beauty of young women and girls, and his lack of money and of what used to be called prospects. As a faithful country clergyman, he moved with equal ease among people of both the landowning and labouring classes, and by both was welcomed equally. His good nature and good manners, his vitality, his love of children, and his practical sympathy with the unfortunate, won him much affection. If he did not question the values of his own class, he was never indifferent to sufferings which they permitted, and did what he could, with his evidently magnetic presence and voice, to lessen those sufferings. He knew that not far from the convivial and copious dinners and picnics, the lively croquet and archery parties, could be found loneliness, squalor, and hunger, and sometimes murders and suicides.