How to Direct a Play: A Masterclass in Comedy, Tragedy, Farce, Shakespeare, New Plays, Opera and Musicals (Paperback) 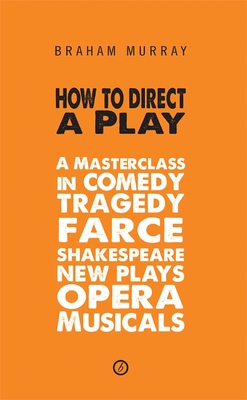 By Braham Murray
This item is not available.

This practical handbook takes us on a step-by-step journey from pre-production through the rehearsal process, followed by focused advice on each genre from comedy to tragedy, Shakespeare to new plays and musicals. Special chapters offer strategies for dealing with difficult actors, working with producers and taking on the job of an Artistic Director.

An indispensable guide to a director's craft, packed full of advice and peppered with priceless anecdotes about the highs and the lows of a lifetime's work in the theatre.

Braham Murray is a Founding Artistic Director of the Royal Exchange Theatre Company. In 1964, his Oxford production of Hang Down Your Head And Die transferred to the West End and Broadway, directed at the tender age of 21. From the Century Theatre, where he was Artistic Director, he became a Founding Director of the 69 Theatre Company. His credits include She Stoops To Conquer and Charley's Aunt (with Tom Courtenay), Mary Rose (with Mia Farrow), Endgame, and the musicals ERB and Catch My Soul, all of which transferred to London. Other credits include Uncle Vanya (Circle in the Square Theatre, New York), the world premiere of Tod Machover's Resurrection (Houston Grand Opera), The Good Companions, The Black Mikado), Andy Capp, The Cabinet Minister and Lady Windermere's Fan, all on the West End.

There’s a great deal of useful, down-to-earth advice in this book some of Murray’s anecdotes are highly entertaining.” The Stage

An easy and entertaining read that gives an overview of the job of director from the point of view of someone who has been directing for nearly half a century and points out quite a number of traps and pitfalls for an inexperienced director to avoid. As such, it is a useful introduction to the profession.” British Theatre Guide

Easy to read, frank and brutally honest Filled with brilliant advice this book is invaluable to anyone currently training to be a director, or ones who are looking at new approaches to their craft fresh and stands out, an easy to digest book filled with bite- size golden nuggets of information that anyone with an interest in theatre would find invaluable.” The Public Reviews