People of the Eland: Rock Paintings of the Drakensberg Bushmen as a Reflection of Their Life and Thought (Paperback) 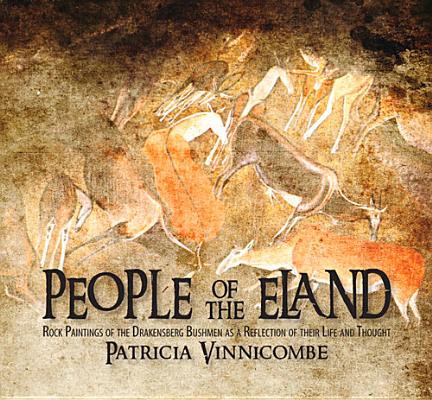 First published in 1976, People of the Eland was the first major step away from the outsider’s view upon San rock art that had dominated studies of rock art for nearly a century. The book, an account of the rock art of the San of the
Drakensberg Range, was also about the mountain San themselves: their lives, their beliefs, their culture and their history during colonisation. The book not only brought an extraordinary and dynamic body of art to the attention of a
global audience, but also helped to lay the foundations for a new generation of research into the meaning of prehistoric art. People of the Eland aimed to gain an insider’s view of the rock art using San understandings of the world. While
following this approach, it quickly became clear to Vinnicombe that the art was very far from simple depictions of  daily life as had once seemed likely, but instead reflected the most deeply held San beliefs and symbols. This approach and this understanding has now become the standard for all those working with San rock art. Whilst this early knowledge of San art has been built upon considerably since 1976, People of the Eland remains a cornerstone of our current understanding. Reprinted here in full color, with the original artwork and photographs, People of the Eland remains a seminal work, the impact of which cannot be underestimated.

Patricia Vinnicombe was one of South Africa's foremost rock art experts. She died in Australia in 2003.