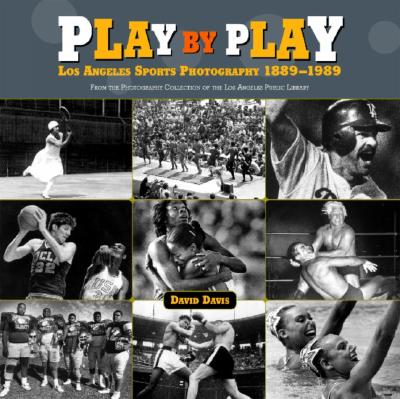 By David Davis
This item is not available.
Not Available

Imagine Wilt Chamberlain mano a mano with Kareem Abdul-Jabbar at The Forum. And Ben Hogan teeing off, Billie Jean King chasing down a lob, Fernando Valenzuela looking skyward. How about Cassius Clay, before he became Muhammad Ali, weighing in at the Olympic Auditorium, and Don Drysdale throwing his fastball at Van Nuys High, and Evelyn Ashford running beneath the Olympic flame at the Los Angeles Coliseum.

Now, turn the pages and see how L.A.'s top newspaper photographers captured these and other superstar athletes in the city's most important sports moments. This is Play by Play: Los Angeles Sports Photography 1889-1989.

For every sports fanatic who can't get enough sports in their lives--and for those who want to remember it like it was--Play by Play: Los Angeles Sports Photography 1889-1989 is the whole sports story, L.A. style.