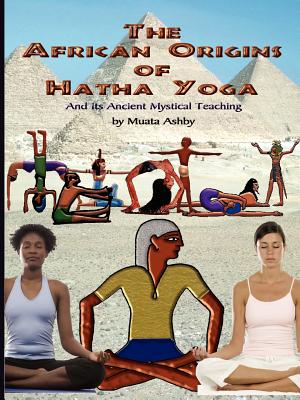 The subject of this present volume, The Ancient Egyptian Origins of Yoga Postures, formed one subject in the larger works, African Origins of Civilization Religion, Yoga Mysticism and Ethics Philosophy and the Book Egypt and India is the section of the book African Origins of Civilization. Those works contain the collection of all correlations between Ancient Egypt and India. This volume also contains some additional information not contained in the previous work. It was felt that this subject needed to be discussed more directly, being treated in one volume, as opposed to being contained in the larger work along with other subjects, because even in the early 21st century, the idea persists that the Yoga and specifically, Yoga Postures, were invented and developed only in India. The Ancient Egyptians were peoples originally from Africa who were, in ancient times, colonists in India. Therefore it is no surprise that many Indian traditions including religious and Yogic, would be found earlier in Ancient Egypt. Yet there is ample evidence from ancient writings and perhaps more importantly, iconographical evidences from the Ancient Egyptians themselves and the Indians themselves that prove the connection between Ancient Egypt and India as well as the existence of a discipline of Yoga Postures in Ancient Egypt long before its practice in India. This handy volume has been designed to be accessible to young adults and all others who would like to have an easy reference with documentation on this important subject. This is an important subject because the frame of reference with which we look at a culture depends strongly on our conceptions about its origins. In this case, if we look at the Ancient Egyptians as Asiatic peoples we would treat them and their culture in one way. If we see them as Africans we not only see them in a different light but we also must ascribe Africa with a glorious legacy that matches any other culture in human history. We would also look at the culture and philosophies of the Ancient Egyptians as having African insights instead of Asiatic ones. Those insights inform our knowledge bout other African traditions and we can also begin to understand in a deeper way the effect of Ancient Egyptian culture on African culture and also on the Asiatic as well. When we discover the deeper and more ancient practice of the postures system in Ancient Egypt that was called "Hatha Yoga" in India, we are able to find a new and expanded understanding of the practice that constitutes a discipline of spiritual practice that informs and revitalizes the Indian practices as well as all spiritual disciplines.