Comprende?: The Significance of Spanish in English-Only Times (Paperback) 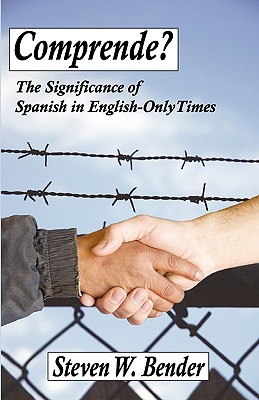 By Steven W. Bender
This item is not available.

Today, the contentious issue of Latino immigration has spurred backlash efforts to anoint English as the official language in federal and state government to the exclusion of Spanish and other languages, than English. Even cities have weighed in to restrict the legitimacy of Spanish in local government affairs. Last century, European immigrant groups stood accused of failing to assimilate in the American melting pot. But while European immigration has slowed, Latino immigration has surged. This steady immigration, combined with the geographical proximity that brought Latinos into the Southwest long before Anglo immigrants, assures a different cultural dynamic for Latinos than for other groups. The centuries of continued Latino occupation and then immigration have forged a unique, shared destiny between the United States and Mexico, as well as other Latin American countries. U.S. history has hosted more than a casual sharing of Mexican recipes in the kitchen; rather, a passionate and lively mating of cultures-Latino and "American." Foremost among these cultural exchanges is the influence of the Spanish language in the United States. With a foothold of several centuries, and the recent propulsion of mass media and pop culture, Spanish has significantly entered the American mainstream through the open and receptive borders of the English language. Taking a lighter view of the current anti-immigrant frenzy, this book offers considerable and colorful examples of the historical and current cross-pollination of the English and Spanish languages in settings ranging from geography to culture and cuisine. Ultimately, it urges recognition of our increasingly shared languages-not by rejecting Spanish and legislating an official status for English, but by embracing our shared culture as a uniquely American blend of culture and language. In contrast to the anti-immigrant, anti-Mexican, and anti-Spanish forces trying to tear us apart, acknowledging the contributions of Spanish language to our past, present, and future will help to unite Americans and the Americas. Valuing the Spanish language and tapping the resource of our Spanish-speaking youth can be a catalyst of the surprising unity that recognition and respect for difference can bring. The alchemy of Spanish is that it holds the potential for propelling the U.S. into a new realm of multicultural connection and influence with its neighbors that is sorely needed in this time of increased isolation and nativism. Comprende?