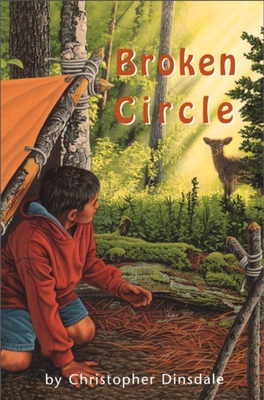 Angry at missing a week of summer video game entertainment, Jesse, a twelve-year-old boy of European/Native American descent, grudgingly follows through with his deceased father's request that he join his Uncle Matthew and cousin Jason at Six Islands, on Georgian Bay, for a special camping trip. Uncle Matthew explains that Jesse's father wanted Jason's vision quest to be his introduction to their native culture. During their first night around the camp-fire, it is Jesse who has a vision, and the adventure begins. Not only is he swept back in time four hundred years, but he is transformed into a majestic, white-tailed deer. He must now survive the expert hunting skills of his ancestors while somehow rescuing his people before they are destroyed by warfare.

Christopher Dinsdale is a teacher with the York Region District School Board who enjoys writing during his summer breaks. His novels for young readers include Broken Circle, Betrayed, and Stolen Away, which was shortlisted for the Red Maple Award. He lives in Newmarket, Ontario.