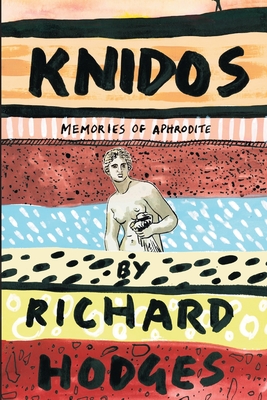 This memoir describes the authors experiences as a young archaeologist participating in the American archaeological excavations at ancient Knidos at south-west Turkey in 1971. Knidos, once a great classical metropolis and now entirely abandoned, is situated at Cape Crio, an isolated but glorious location at the end of a mountainous finger jutting out towards the Dodecanese islands. The ancient metropolis is famous for its marble statue of the goddess, Aphrodite, the scandalous first naked image of the deity made by the renowned sculptor, Praxiteles in the 4th century BC and imitated throughout antiquity.

The book describes ('the mad consul') Charles Newton's epic excavations at Knidos during the Crimean War when, with Parliamentary support and a frigate, he excavated tons of sculpture which was dispatched the British Museum. Newton's excavations set the scene for Iris Cornelia Love's excavations (1967-77)--the Guggenheim heiress from Manhattan, who believed she discovered Aphrodite on the day American astronauts landed on the moon.

This is a story about adolescence, place, archaeologists, the lost world of Turkish peasants and...... love. It portrays a major Mediterranean dig and a restless search for trophies. It also tells a tale about an extraordinarily magical place.

Knidos is about classical archaeology in Victorian and modern times, the spirit of this magical place in Aegean Turkey. It also describes the mix of many personalities on this excavation, from the USA in the Vietnam War era (featuring a New York heiress, Iris Cornelia Love) and of course the local, Turkish hired peasants. Based on youthful participation on the excavations, it aims to recall some of the excitement of archaeology. Central to the story is the quest for Praxiteles's celebrated naked statue of Aphrodite, the goddess of love.