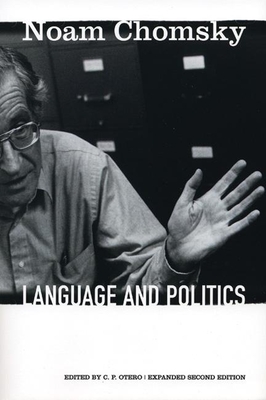 The interviews add a personal dimension to the full breadth of Chomsky's impressive written canon--equally covering his analysis in linguistics, philosophy, and politics. This updated, annotated, fully indexed new edition contains an extensive bibliography, as well as an intro-duction by editor Carlos Otero on the relationship between Chomsky's language and politics.

For those who know Chomsky] only as media analyst and critic of foreign policy, this wide-ranging book offers glimpses of his studies on language, anarchist theory, and critiques of radical politics.--NACLA

Noam Chomsky is a renowned scholar, the founder of the modern science of linguistics, a philosopher, a poli-tical and social analyst, a media critic, and author of more than one hundred books. Recipient of numerous prizes and awards, Chomsky ranks with Marx, Shakespeare and the Bible as one of the ten most quoted sources in the -humanities. His previous works include the best selling 9-11, and the critically acclaimed AK Audio Collection.

Carlos Otero, who also edited Radical Priorities by Noam Chomsky, teaches linguistics at the University of California at Los Angeles.

Noam Chomsky is one of the world's leading intellectuals, father of modern linguistics, outspoken media and foreign policy critic and tireless activist.