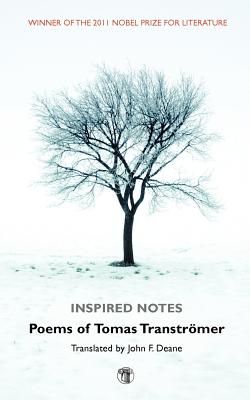 News that the 2011 Nobel Prize for Literature had been awarded to the Swedish poet Tomas Transtr mer was greeted with widespread approval by poets and poetry readers the world over. The author of fifteen collections of poems, Transtr mer had in fact been nominated for the prize every year since 1993, a sign of his huge standing and importance in world poetry, undiminished in recent years despite a stroke in 1990 that left him partially paralyzed and unable to speak. The Nobel citation praised Transtr mer's poems of "condensed, translucent images" which give us "fresh access to reality", and that startling originality is everywhere to be seen in the poems gathered here, first published as two separate volumes by the Dedalus Press, The Wild Marketplace (1985) and For the Living and the Dead (1994), both translated by John F. Deane, the latter in collaboration with the poet himself.