The Murder of Childhood: Inside the Mind of One of Britain's Most Notorious Child Murderers (Paperback) 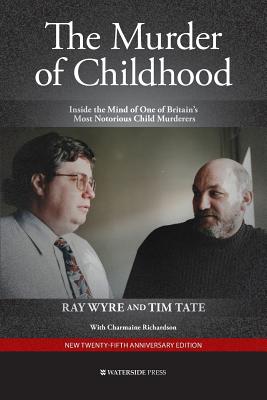 It is now ten years since the death of sex-offending expert and founder of the Gracewell Clinic, Ray Wyre. It is also the twenty-fifth anniversary of the main events described in this book and 40 years since newspaper girl Genette Tate 'disappeared into thin air'. Tim Tate and Charmaine Richardson (Wyre's widow) have meticulously re-visited a work out of print for a decade, adding a fresh Introduction, Preface, Index and endpiece, 'Twenty-five Years Later...'.

They show how events have moved on, including the further conviction of Black for the murder of Jennifer Cardy and developments in policing methods, but criticise a continuing, possibly worse, failure to protect children from paedophiles in the internet age. They voice real concern that Ray Wyre's call to learn more about sex-­offenders, their methods of operation and strategies of denial, distortion, deflection of blame and need for treatment, have gone unheeded. Ultimately, the book paints a picture of political regression.