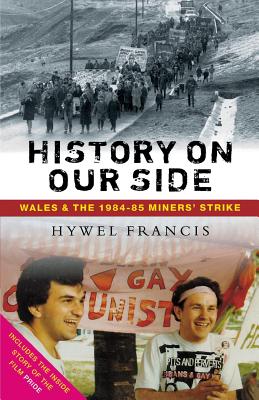 The film Pride has reignited interest in the struggles of the miners in the South Wales valleys in the strike of 1984-5. In his new chapter Hywel explores the links between the Welsh miners associations and the Lesbian and Gays Support the Miners Group, and how this alliance came out of the left-wing politics of the 1980s.

Hywel Francis, MP for Aberavon, as a historian and active participant in the strike, had a unique insight into the way in which the struggles for jobs and communities broadened out to become a powerful national movement in Wales, involving trade unions, political parties, churches, the Welsh Language Society, and community, peace and women's support groups, as well as their lesbian and gay supporters.

This very personal history, which explains why the South Wales valleys were the strongest and most loyal of all the British coalfields, is based on the author's personal diaries, and his articles and essays in a number of Welsh and British journals.

It tells the story of the individual and collective courage and pain of Welsh miners, their families and their communities - and is an important contribution to our understanding of a defining moment in modern Welsh history.