The State and Revolution: Lenin's explanation of Communist Society (Paperback) 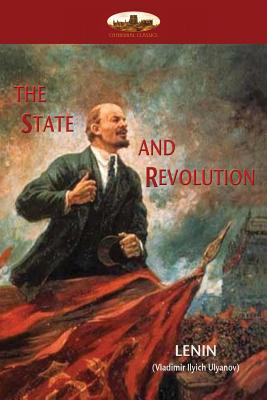 Written at the time of the Russian February 1917 Revolution, before the Bolshevik take-over in October, this is Lenin's tour de force, a rebuttal of the views of Krautsky and other 'opportunists' who had fudged Marx's core teachings for their own political ends.

Using quotes from Marx and Engels, Lenin shows that the state arises directly out of class antagonisms, that it is violent (police/army/repressive laws) and has the ultimate purpose of suppressing the 'wage-slave' proletariat in favour of the 'bourgeoisie' i.e. the class who own, and profit from, the means of production. The state bureaucracy inevitably becomes unaccountable and able, at will, to subvert any movement towards mass democracy.

For Lenin, such a system leads inevitably to revolution. But to prevent the usual reversion to a similarly corrupt system, Lenin calls for the 'dictatorship of the armed proletariat', by which the majority forcibly dispossess the minority (bourgeois former-owners) and bring the means of production into common ownership. This proletarian state is temporary. If the state arises directly out of class antagonisms, then as class concerns are obliterated the state itself, that machine of privilege and oppression, will gradually wither away.

The State and Revolution is an important work, an indispensable read for all those interested in the ideas underpinning a Socialist Society.