Breaking Into Song: Why You Shouldn't Hate Musicals (Paperback) 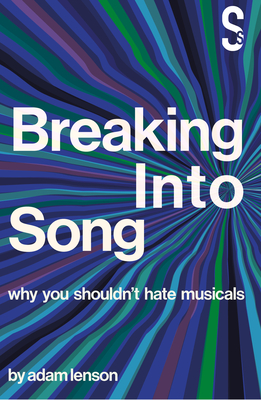 People rarely say they hate books, or television, or films. But they often say they hate musicals. Moreover everyone seems to have a fixed idea of exactly what a musical is; what it sounds like, looks like, or is about.

Why is the collision and integration of music, song and storytelling so polarising and why have we allowed a form so full of possibility to become so repetitive and restrictive?

Through a series of essays 'Breaking Into Song' asks what audiences can do to stay open minded and what creatives can do to make new musicals better. Examining both sides of the divide, Adam Lenson asks how those who both love and hate musicals can further expand the possibilities of this widely misunderstood medium.

Adam is a London-based director, dramaturg, and producer who specialises in new musical theatre. Lenson's production company ALP Musicals develops artist led work that aims to challenge traditional ideas of what musicals look like, sound like, or are about. In 2017 he founded the concert series SIGNAL which has showcased the work of hundreds of writers from all over the world. Directing includes World premieres of Superhero, The Fabulist Fox Sister, Public Domain, Wasted, The Leftovers, The Sorrows Of Satan. European premieres include Ordinary Days, Little Fish, Whisper House and See What I Wanna See. Major revivals of the Rink, Songs for A New World and 35mm. He has numerous new shows in development for theatre, radio, television and film and is a tireless public advocate for new musicals and new writers. He was selected as one of the Stage 100 in 2021 for his contributions to new musical theatre and digital theatre.