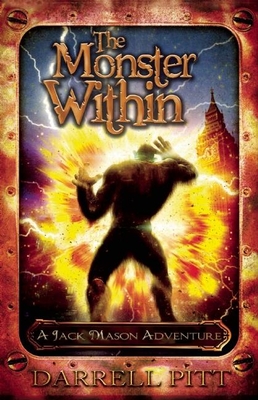 Book four of the Jack Mason Adventure series. After a series of fatal bombings across London, Jack, Scarlet, and Mr. Doyle are drawn into another baffling case: the reported sighting of a monster roaming the city's underground sewers. Before they can investigate, the team must travel to Spain to hunt down a group of terrorists. But just as they close in, Jack and Scarlet are kidnapped. With their lives in perilous danger, will Mr. Doyle find his young assistants in time? Back in London, will the monster's true origins be uncovered before it too wreaks deadly destruction across the city?

Darrell Pitt's lifelong appreciation of Victorian literature began when he read the Sherlock Holmes stories as a child, before expanding his reading to include H.G. Wells and Jules Verne. This led to a love of comics, science fiction and all things geeky. Darrell lives in Melbourne with his family.