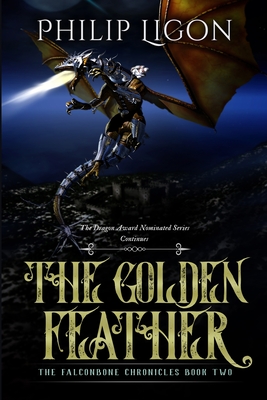 By Philip Ligon
This item is not available.

Jason has saved his father, but his family isn't out of danger yet.

The saboteur still skulks around their mountain refuge, and every day, the King gets closer and closer to finding their hiding space. And even worse, despite his heroics, Jason is still treated like a child. He still has to go to school, do his homework, and wash dishes when all he wants to do is take to the skies. Visions of terrible storms and long lost cities plague his waking hours.

His one reprieve are his flying lessons with the old pirate Red Bones, but even there he can't escape the visions, which are only growing worse and worse. The lost city of Volantia and all its mysteries are calling to him across the skies, and he can't resist much longer.

Can Jason find the lost city of Volantia and use its secrets to save his family? Or is it a distraction that will cost him everything?

Read The Golden Feather today and find out.