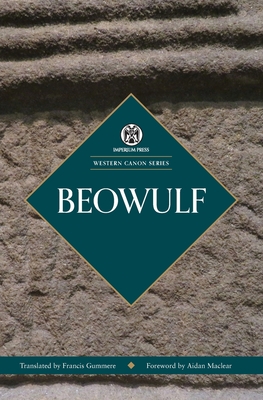 Beowulf is at the heart of what it means to be English. The poem tells of a Scandinavian hero who saves his Danish kinsmen from the monster Grendel, becomes king, and meets a tragic end. Francis Gummere's alliterative verse speaks the authentic voice of our Germanic past, long reckoned among the greatest translations of the Saxon poem. With facing Old English text and other Old English and Old High German poems included, this is the definitive collection of West-Germanic heroic poetry.

In his foreword, Aidan Maclear draws our attention to aspects of the poem so influential that they now pass unnoticed. The historical digressions, the focus on place, the battle between good and evil-all these are held up and shown to us as if for the first time. Ultimately, as he suggests, the poem finds its meaning in the transcendent, and so it can be seen as much through a Christian lens as a pagan one.