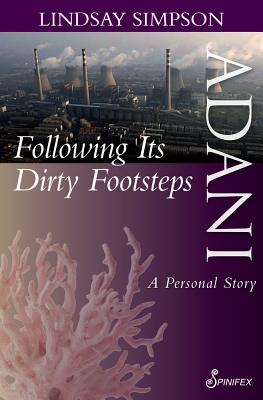 Adani's license to mine 60 million tonnes of coal for 60 years threatens Australia’s precious ancient source of groundwater in the Galillee Basin, a vast underground water reservoir, part of the Great Artesian Basin, occupying more than 20% of Australia. How could a company with a globally disastrous reputation for environmental destruction along with a dubious financial status woo an Australian Prime Minister, a State Premier and a handful of regional mayors to back a project to build Australia’s largest coalmine and the world’s largest coal terminal only kilometres from the Great Barrier Reef? This book documents the inconceivable story of how Australian governments abrogated their responsibilities to protect this world heritage icon; bypassing environmental safeguards, thereby irrevocably damaging Australia’s reputation as environmental steward of some of the world’s most valuable natural assets.

Dr Lindsay Simpson was an investigative journalist with The Sydney Morning Herald from 1983 to 1995. She is the author and co-author of ten books, many in the true crime genre. In 2007, she was awarded the Crime Writer’s Association Lifetime Achievement Award. Simpson’s first book, co-authored with Sandra Harvey, Brothers in Arms was made into a six-part mini-series entitled Bikie Wars (released in 2012). Her most recent book, published in 2014, Where is Daniel? documented the disappearance and murder of 13-year Daniel Morcombe, Australia’s largest manhunt. Simpson founded the journalism program at the University of Tasmania and the Bachelor of Multimedia Journalism at James Cook University in Queensland.