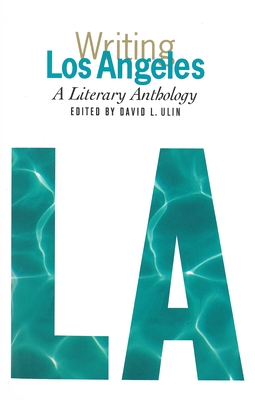 For writers Los Angeles has always been a place of paradisal promise and apocalyptic undercurrents. Simone de Beauvoir saw a kaleidoscopic “hall of mirrors,” Aldous Huxley a “city of dreadful joy.” Where Jack Kerouac found a “huge desert encampment,” David Thompson imagined “Marilyn Monroe, fifty miles long, lying on her side, half-buried on a ridge of crumbling rock.”

In Writing Los Angeles, The Library of America presents a glittering panorama of the city, encompassing fiction, poetry, essays, journalism, and diaries by over seventy writers. This revelatory anthology brings to life the entrancing surfaces and unsettling contradictions of the City of Angels, from Raymond Chandler’s evocation of the murderous moods fed by the Santa Ana winds to John Gregory Dunne’s affectionate tribute to “the deceptive perspectives of the pale subtropical light.”

Here are fascinating strata of Los Angeles’s cultural and social history, from the oil boom of the 1920s to the graffiti artists of the 1980s, from flamboyant evangelist Aimee Semple MacPherson to surf music genius Brian Wilson, from the German émigré intellectuals chronicled by Salka Viertel to the hard-bitten homicide cops tracked by James Ellroy. Here are its fragile ecosystems, its architectural splendors, and its social chasms, in the words of writers as various as M.F.K. Fisher, William Faulkner, Bertolt Brecht, Evelyn Waugh, Octavio Paz, Joan Didion, Walter Mosley, and Mona Simpson.

Art Pepper discovers Central Avenue in the heyday of the 1940s jazz scene; Charles Mingus describes an early encounter with the builder of the Watts Towers; screenwriter Robert Towne reflects on the origins of Chinatown; John McPhee powerfully conveys the devastation of Los Angeles mudslides; David Hockney teaches himself how to drive in record time; and Pico Iyer finds at Los Angeles International Airport “as clear an image as exists today of the world we are about to enter.”

Writing Los Angeles is an incomparable literary tour guide to a city of shifting identities and endless surprises.

David L. Ulin is a regular contributor to the Los Angeles Times and LA Weekly. His work has also appeared in GQ, the Nation, New York Times Book Review, and Atlantic Monthly. Ulin is the editor of two acclaimed anthologies of writing about Los Angeles, where he lives.