The Canvas and Other Stories (Paperback) 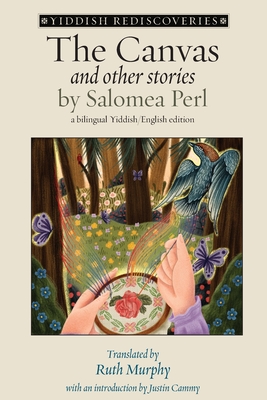 By Salomea Perl, Ruth Murphy (Translator), Justin Cammy (Introduction by)
This item is not available.
Usually arrives at our store within 4-7 days

The Canvas and Other Stories by Salomea Perl is a bilingual Yiddish-English text featuring the only known stories Perl wrote and published in the various Yiddish newspapers of her time. Uncovered after two years of research and translated by Ruth Murphy, the book presents the original Yiddish text and English translation in a side-by-side format. Murphy's translations present Perl's voice to English readers, while Perl's rich, authentic Yiddish brings readers back to the Jewish, Yiddish-speaking streets of turn-of-the-century Poland. The insightful introduction by Dr. Justin Cammy gives the historical background of both the text and its author. The work of Salomea Perl, an author completely unknown until these translations, is an important addition to ongoing discovery of female Yiddish writers.

Salomea Perl (1869-1916) was born in the town of Lomża (now Poland) and raised in the larger city of Lublin. After completing studies at the University of Geneva, she settled in Warsaw. Her Yiddish first stories were published n Yontev Bletlekh, the self-proclaimed radical magazine published by Y. L. Peretz, starting in 1895. Her seventh and final known Yiddish work was published in 1910.

"The publication here of all seven known stories by Salomea Perl is not only important because it marks the rediscovery of a forgotten Yiddish writer. It also allows us to consider her unsentimental portraits of a Jewish world in transition. Her stories reveal deep class divisions and the prevalence of Jewish poverty. She investigates how the religious values that guided everyday life often lacked compassion for lived experience. Perl explores the social and cultural ruptures caused by internal migration from small towns to big cities, and new manifestations of secular Jewish identity associated with modern life.

"At the same time, for every frayed relationship between a husband and wife or a daughter shunning her father, Perl's fiction also reveals unassuming acts of self-sacrifice and modesty. For every abandonment of religious obligation in favor of the seductions of the secular-modern world there remain those who are content to carry on lives of relative simplicity."

From the Introduction by Justin Cammy, Associate Professor of Jewish Studies and Comparative Literature at Smith College in Northampton, Massachusetts