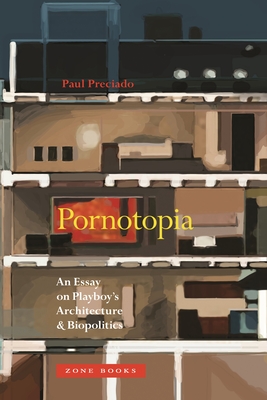 Design objects, bachelor pads, and multimedia rotating beds as expressions of the relationships among architecture, gender, and sexuality.

Published for the first time in 1953, Playboy became not only the first pornographic popular magazine in America, but also came to embody an entirely new lifestyle that took place in a series of utopian multimedia spaces, from the fictional Playboy's Penthouse of 1956 to the Playboy Mansion of 1959 and the Playboy Clubs of the 1960s. At the same time, the invention of the contraceptive pill offered access to a biochemical technique able to separate (hetero)sexuality and reproduction, troubling the traditional relationships between gender, sexuality, power, and space.

Beatriz Preciado is Professor of the Political History of the Body, Gender Theory, and the History of Performance at Paris VIII; the director of the Independent Studies Program of the Museum of Contemporary Art in Barcelona; and the author of Testo Junkie: Sex, Drugs, and Biopolitics in the Pharmacopornographic Era and The Contrasexual Manifesto.