How To Fly a Piper Cub (Paperback) 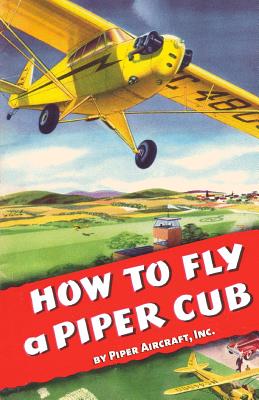 Built by Piper Aircraft between 1937 and 1947, the J-3 Cub is one of history's best-known civil aircraft. The Cub's simplicity and affordability led to the plane being dubbed the "Model T of the Sky", and ushered in a new era in aviation in which anyone could fly. Just over 20,000 Cubs were built, including an enormous number as trainer aircraft during WWII. Originally printed in 1945, when all Piper production was restricted for military use, this "How to Fly a Piper Cub" booklet looked ahead to the post-war era. Printed in color with rich illustrations, spec sheets and b&w photos, it's a nostalgic piece of history that no Piper fan can resist.