The Next Step: Interpreting Animal Tracks, Trails and Sign (Paperback) 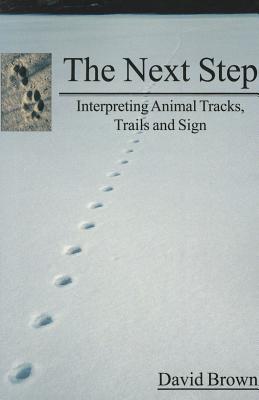 The Next Step is not another track identification guidebook. Rather, it is a book that will assist the tracker to proceed from the discovery and accurate identification of animal tracks through the search for other tracks and associated sign toward reaching an informed idea an interpretation of what the animal that made the tracks was experiencing at the time those tracks were made. The opening chapter frames the subject by touching on the difficulties and the rewards of tracking. Following chapters move through considerations of how the tracker finds, recognizes, and mentally processes the tracks and sign encountered; the role of different environments in hosting, influencing, and recording evidence of animal behaviors; the way in which tracks record different patterns of animal movement across and through those environments; provide examples of how information gathered by the tracker can be synthesized into an interpretation of the animal's behavior at the time that the tracks were made.
Detailed information about the tracks, trails, and sign of selected species of mammals is provided in a lengthy chapter, following which is a presentation of tracking tips, tracking problems for the reader-tracker to solve, and three forays into the world of the mountain lion in search of tracks and sign of an unusually elusive target. Back matter includes a glossary, two appendices, references, and an index.
The Next Step will be useful to a wide range of readers and trackers, from professionals in biological sciences and natural resources to those more casual nature enthusiasts wanting to broaden their insights into the animal life taking place around them. Any reader who has an identified animal track with which to begin may take "the next step" toward documenting and interpreting the behavior of the wild animal whose trail or sign he or she may have found in forest, field, and wetland. The Next Step is at the front of the game of interpreting animal tracks, trails, and signs.