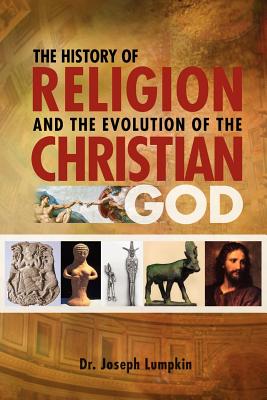 It is impossible to discuss the history of the Christian God without going back to a time before there were Jews or Christians. Before the Jewish people were named, or assembled, there were religions. In the primitive mind of man, there was God. Whether God was conceived or recognized is a matter up for discussion. The concept of god seems to appear around the same time humans began to express themselves through arts and crafts. Their expanded ability to express themselves reveals to us their ideas of god. Through the ages, humans have believed in a god, or gods, but what drove mankind to create or express the idea of god? Whether sun, moon, or idols of wood or stone, humans all over the world invented or expressed their own ideas of god. Humans were attempting to answer eternal questions of how and why the world worked as it did. They felt helpless and sought a way to explain and influence the elements and the events in life. They could then appeal to their gods in hopes of hedging the outcome of a life out of their control. As society evolved and the needs of mankind changed, so did their gods. As some men rose to power and the stations of leaders and priests were established, their gods reflected the leaders' desires, hopes, and fears. Powerful men used their gods to threaten and control the common person. Idols eventually began to desire human sacrifice, then the sacrifice of children. At least that is how the people interpreted the silence of their gods as they worked harder and harder in an ever-escalating attempt to appease them. In time, these gods evolved from protectors to murderers. It was the price of protection. Even the gods of the Jews, Yahweh and El, were gods of war and destruction. Their evolution into a single, compassionate deity took centuries and reflected changes within the Jewish world. This evolution of God, the Christian religion, and doctrine that followed is what we shall examine.