Langstroth on the Hive and the Honey-Bee, A Bee Keeper's Manual: The Original 1853 Edition (Hardcover) 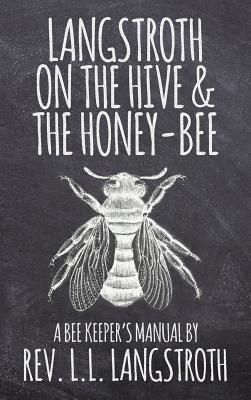 By L. L. Langstroth
This item is not available.

Lorenzo Lorraine Langstroth is considered 'the father of American beekeeping.' The claim is probably too modest. His design for a beehive is used to this day around the world and is still called the "Langstroth hive." Langstroth's innovations allowed beekeepers to manage their bees to the degree that one might even call them 'domesticated.' He found ways to collect honey without disturbing the bees. He discovered how to compel the bees to focus on making honey rather than honeycomb. He discovered how to keep the queen from laying eggs in frames which contained honey for human consumption.

Since the days of Langstroth, beekeeping has come a long way--but not so long that anyone has completely done away with Langstroth's innovations. Thus, his book will contain many points where our understanding of bees and our technology in working with them has been superseded by new developments, but it still contains a mass of wisdom for modern day apiarists.If for nothing else, it is a window into the sophisticated minds of people who lived almost two hundred years ago, who managed to accomplish so much without once using a search engine

This edition is based on a careful reconstruction of Langstroth's first version of his book on keeping bees. It retains nearly all of the features of the original, including its flaws. Unless it would cause confusion to modern readers, every other aspect of this text matches Langstroth's original, 1853, edition.