The Invisible College: What a Group of Scientists Has Discovered about UFO Influence on the Human Race (Large Print / Paperback) 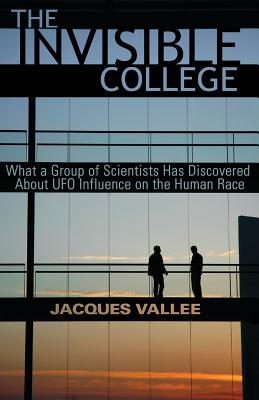 By Jacques Vallee
This item is not available.

What is the nature of unidentified aerial phenomena? Forty years ago a small cadre of dedicated researchers began actively investigating cases, interviewing witnesses, and exchanging data through a small, informal network of international contacts. Today this low-profile network, or "invisible college," has grown into a larger, multi-nation volunteer research effort joined by many individuals. But the questions first raised 40 years ago remain current-and unanswered.

"I believe that a powerful force has influenced the human race in the past and is again influencing it now. Does this force represent alien intervention, or does it originate entirely within human consciousness? This is the question that forms the basis of the work of the Invisible College of UFO researchers." -- Jacques Vallee

"THE INVISIBLE COLLEGE is unlike any other UFO book ever written. Dr. Vallee questions what everybody else takes for granted, doubts what everybody believes, drenches us with data that doesn't 'fit' any of the theories of either the True Believers or the die-hard non-believers and then offers a hypothesis on his own." -- Robert Anton Wilson

"An important book-not only are UFOs and psychic events inextricably linked, as Dr. Vallee so nicely points out, but neither can be understood without an appreciation of the role of myth, tradition, and belief system. Must reading for the serious student of contemporary events." -- Edgar Mitchell

"Certainly one of the most interesting, thought-provoking books so far written on UFOs." -- Colin Wilson

Dr. Jacques Vallee began his professional life as an astronomer at the Paris Observatory in 1961. While on the staff of the French Space Committee, he witnessed the destruction of the tracking tapes of unknown objects orbiting the earth, initiating a lifelong interest in the UFO phenomenon. Vallee arrived in the U.S. in 1962 and worked in astronomy at the University of Texas at Austin before receiving a Ph.D. in computer science from Northwestern University in 1967. There he became a close associate of J. Allen Hynek, then scientific consultant for the U.S. Air Force on Project Blue Book-the result was The Invisible College. Dr. Vallee is presently a venture capitalist living in San Francisco. His website is www.jacquesvallee.com.