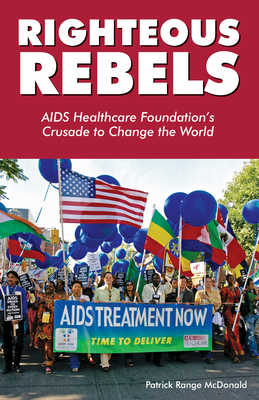 In this thought-provoking portrait of AIDS Healthcare Foundation, the world's largest HIV/AIDS medical care provider, award-winning journalist Patrick Range McDonald reveals the nonprofit's unlikely rise from a feisty grassroots organization during the 1980s AIDS crisis in Los Angeles to its position today as an aggressive, global leader in the ongoing fight to control HIV and AIDS. This riveting story highlights the motivations behind AHF's life-saving efforts, its battles against (and alliances with) governments and various political establishments, and its work today to provide free HIV treatment and prevention services to vulnerable, lower-income people in more than thirty countries. With unrestricted, insider access, McDonald follows AHF for a year as it clashes with the Obama administration, the state of Nevada, and the World Health Organization. He interviews AHF's key players, including firebrand president Michael Weinstein, and he travels to AHF outposts around the globe, from Miami to Uganda, Cambodia to Russia, Estonia to South Africa. Along the way, McDonald discovers that AHF is a passionate, smart, and tenacious "people power" organization that brings hope and change to nearly all corners of the world. Beyond its work as a highly effective global AIDS organization, the AHF story also provides a blueprint for every kind of righteous rebel who wants to make the world a better place.