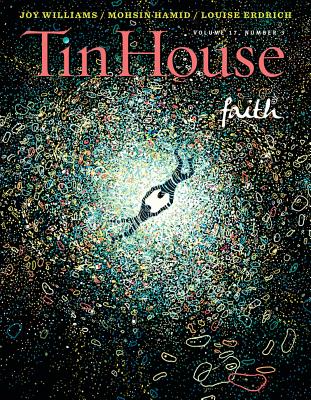 This is book number 67 in the Tin House Magazine series.

Tin House's Faith Issue brings you all the things you've come to expect from the acclaimed literary journal. Packed with faithful fiction, introspective essays, and artful poetry, this issue is perfect company for an afternoon in the shade.

Showcasing fiction, poems, essays, and interviews dealing not only with religious faith but also faith in knowledge, math, science, people, animals, places, institutions, food, color—anything that could possibly be a receptacle for one’s faith, questioned or unquestioned, held or lost.