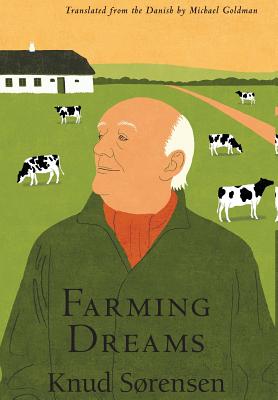 In this book of translated Danish poetry, farming is not used as a background for personal drama but as the speaker's central subject. The poet succeeds in defining his central task as the vivid evocation of the repeated seasonal chores that make up the essence of farming life. Never sentimental, and often humorous, the book might be called an earthy celebration of essential ritual; but it is an elegy as well, for the poems also chronicle the pressures that lead to collapse of farming as a vocation, describing the slow shift of a vital farming village into a bedroom community for those who work elsewhere. How the poet manages to maintain his "dream about farming" as a living possibility, to make it part of a stable vision of the possible, without flinching from sober facts and figures, is one of its many impressive achievements.
Carl Dennis, Pulitzer Prize-winning author of twelve books of poetry including Practical Gods and Another Reason

Knud Sorensen's poems investigate and lament the end of the Danish farmer's way of life, brilliantly capturing its intertwined beauty and sadness. These poems have a universality that speaks to the disappearance of the family farm, not just in Denmark but in America and across the globe. All thanks to Michael Goldman for such vivid translations that allow a new audience to see 'Denmark like a green dream about eternity.'
Denton Loving, author of Crimes Against Birds, editor of drafthorse literary journal

Knud Sorensen's formidable literary output bears a vulnerability, an embracing, gentle warmth, and a penetrating apprehension of emotional depth in commonplace events. May his work take flight and find readers around the globe.
Dorthe Nors, Danish author of Karate Chop

..".Sorensen is one of the best Danish poets.,"br> Martin Gregersen, Kristelig Dagblad

"Knud Sorensen has acquired a unique, compassionate and deep insight into the mentality and the psychological shifts among farmers and rural people as a result of the total change in their circumstances over the past 60 - 70 years."
Johannes H. Christensen, Jyllands-Posten

"No one has, for so many years and in so varied and detailed ways, written about rural life and the radical changes it has undergone, as Knud Sorensen."
Erik Svendsen, Jyllands-Posten