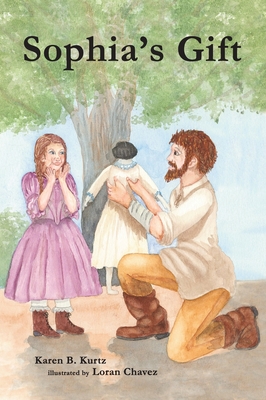 Sophia's Gift is based upon the true story of a Confederate soldier's friendship with child Sophia Strauss in Culpeper, Virginia, in 1862, amid the American Civil War.

Sophia and her mother, Caroline Strauss, bind up the soldier's wounds and nurse him back to health. When he is well enough to travel, the soldier gives Sophia a china doll she names Grace Darling, after the real British Victorian icon, Grace Horsley Darling. The doll became Sophia's beloved plaything, and still lives on at American Civil War Museum in Richmond, Virginia.

Few books provide a glimpse into the daily life of women and children during the American Civil War. Fewer still talk about Jewish Confederates. Sophia's Gift speaks to the universal truths of courage, compassion, and perseverance. Such a message is eternal, and will survive any war.