High Tide of the Eyes (Paperback) 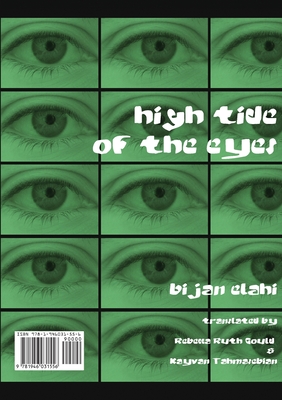 "One of Iran's leading modern poets featured in all of his playful complexity. Like his poems, Bijan Elahi's own writings on translation (brought into English here for the first time), belong alongside such seminal ​western verse-translators as Ezra Pound."--Roger Sedarat

The hermit-poet of modern Persian literature, Bijan Elahi (1945-2010) was a modernist poet, a prolific translator of Eliot, Rimbaud, Michaux, H lderlin, and the founder of Other Poetry, the leading avant-garde movement within Persian modernism. Elahi passed the last three decades of his life in seclusion in his house in Tehran. He stopped publishing poems and never appeared in public following his official retreat. However, a new generation of Iranian poets revived Elahi's legacy as a poet and a translator as part of their search for new modes of expression and experimentation with language. High Tide of the Eyes translates Elahi's most important poems, as gathered together in two posthumously published volumes, Vision (2014) and Youths (2015), into English. High Tide of the Eyes will be the first to introduce a key voice in Persian literary modernism to an Anglophone audience.

Elahi's poetics is distinguished by its diversity of styles and registers. Traversing the borders of ambiguity and clarity, speech and writing, familiarity and foreignness, in Elahi's work the nuances of the Persian language are registered in ways that are without precedent in Persian poetry. To the translators, the process of creating these translations was like a musha'ira, a Persian tradition of poetic recitation in which one poet completes the other's poem. The translation process exiled us from our native language and taught us to give voice to Elahi's poetics in a language it was never intended to inhabit.

The translators have also created a "Commons" of open source information on Elahi:
http: //bijanelahi.hcommons.org