How to Trade In Stocks (Paperback) 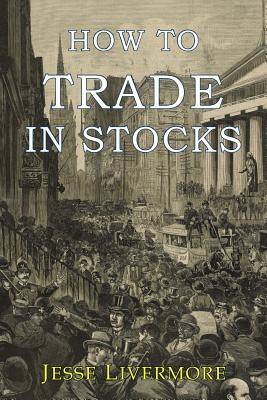 Exact Facsimile of 1940 Edition. All 16 Color charts reproduced in color. Livermore was one of the greatest traders of all time. At his peak in 1929, Jesse Livermore was worth $100 million. In late 1939, Livermore's son, Jesse Jr., suggested to his father that he write a book about his experiences and techniques in trading in the stock and commodity markets. The book was completed and published by Duell, Sloan and Pearce in March 1940. His methods were still new and controversial at the time, and they received mixed reviews from stock market gurus of the period. How to Trade Stocks offered traders their first account of that famously tight-lipped operator's trading system. Written in Livermore's inimitable, no-nonsense style, it interweaves fascinating autobiographical and historical details with step-by-step guidance on:

Notable Quote: "The game of speculation is the most uniformly fascinating game in the world. But it is not a game for the stupid, the mentally lazy, the person of inferior emotional balance, or the get-rich-quick adventurer. They will die poor."